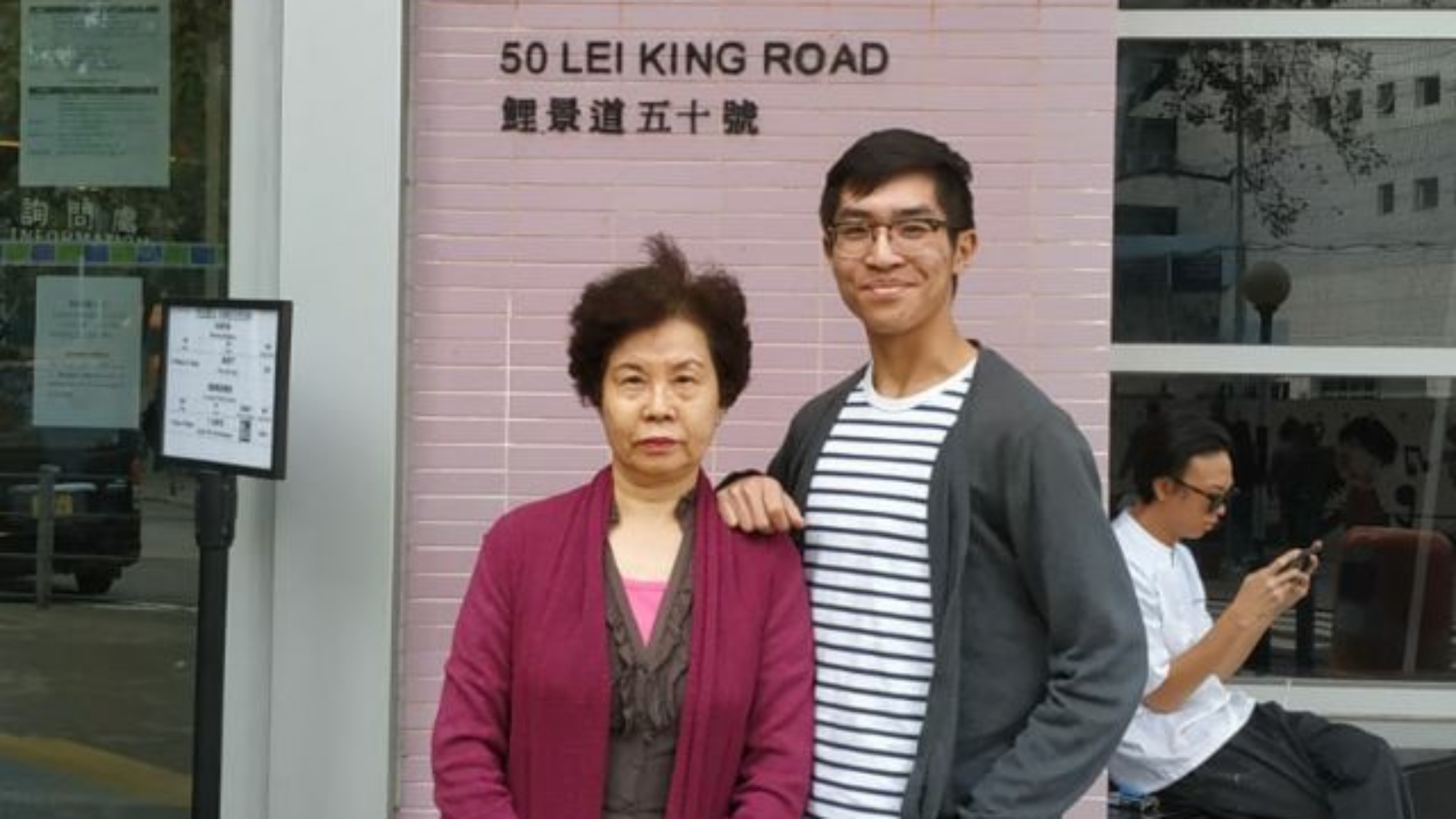 The noodles from the same shop taste familiar – the passage of time has had no influence over the skill of cha chaan teng cook’s, nor its prices. But something had changed in the walk it took for my grandmother and I to get here: a fifteen-minute stroll from our flat in Hong Kong now took close to half an hour, with the occasional break to rest an arthritic joint. In the future we might even have to take a bus.Over well-seasoned soup and soft brisket, we chat about lives – my mother’s, who’d remained in Singapore, what my cousins were up to, my new life in a fancy British university.

My grandmother’s perception of her own world was that of shrinking, as much as it was of expanding. How someone she used to climb mountains with was now dead, how my grandfather was no longer able to pick up groceries like she used to, her frustration at not being able to travel, not even to the mainland. Here and there a phrase would pop up, untranslatable or inadequate in the putonghua we spoke. My Cantonese was laughable – and in any case, was she that interested in stories of matriculation, strange travel anecdotes from Morocco? Swatting my wallet away, she picks up the bill, exchanging a few more words with the waiter I struggle to understand. And onto the next destination. She smiles at me. Funny that I’ve lived here for thirty years now, but never realized there was a film archive so close by- how did you find it? I’m a bit embarrassed to tell her the answer- some listicle on TimeOut Hong Kong. In any case, I find myself as happy to be out here on this quiet weekday as she is.

I thought you’d like to watch a Bruce Lee film, I smile back. At least this time the translation is forthcoming – 李振藩, this one I knew. Yet two kinds of doubt gnawed at me: was this a little journey motivated by the guilt of not having watched Hong Kong cinema on the big screen, or even a guilt at not spending time with my grandmother? At the box office these doubts dissipate. My purchase of a student ticket is accompanied by my grandmother’s insistence that the cashier scrutinize my university card. Just to be sure, she translates its prestigious English name, quite loudly, twice. My embarrassment first wavers, then I let myself share a bit of that pride. Two postcards are snatched into her purse – two days in she’s noticed I collect them – and we head into the theatre. The film is easy to follow, timeless in technicolour and well-choreographed stunt kicks. Students at a dojo clash, the Japanese antagonists are soundly defeated, and Bruce Lee emerges as stoic hero. I wonder if my grandmother had watched these films upon their initial release, back in a crowded Causeway Bay cinema. In loud whispers I receive some trivia: the names of now-dead actors, a set somewhere she recognizes, how my mum used to go on movie dates too. When the lights come on, I realize I’m the youngest in the cinema. The only other person with a full head of black hair is a man looking to be about forty. How nice that was, my grandmother comments as we step out into the afternoon sun. Think of all the other old people who don’t have their grandchildren to bring them around – that must be quite sad! I’m glad you’re around.

Visit more, I don’t know how much longer I can still walk and accompany you. She prepares to head off, but I notice the sign of the building. One picture won’t hurt, right? The middle-aged man is having a smoke. In broken Cantonese I ask for his help with a photo. He looks as flustered as I do, even after I switch to my slightly-less-broken Mandarin. Finally he tries English: California-accented and agreeable. We pose for a picture. He tells us he’s making his annual trip to Hong Kong too, and happened to bring his mother out today too. How long are you here for? Till Christmas? That’s a long time, I’m just here for four days too. We swap stories briefly- he works in advertising, or something, and his kids have never been to Hong Kong. A passing understanding flashes between us.

There’s not much time we spend in this city, and our family grows old. Guilt, perhaps? Take care of your grandmother, he waves, before walking off. I’d like to say the same too. Time suddenly seems that much more fragile. My grandmother returns my tote bag to me, postcards nestled within. What did you two talk about, she asks. Americans are funny – wasn’t he the one scolded by the usher when he used his phone during the film? I think about it for a moment- yeah, he must have been the one. Nothing much, I tell her- let’s go for dessert somewhere? I’ll pay. Such a lovely boy, she beams.